The Relationship Between Veterans and Alcoholism 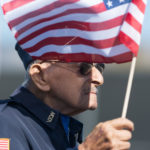 Over the last several decades, alcoholism has become a huge concern for military personnel across the United States. Current and former military face an array of challenges – unpredictable deployments, the risk of injury and being away from home. Unfortunately, alcohol is sometimes used as a coping mechanism during these difficult times.

Although millions of veterans are in need of assistance while adjusting to civilian life, many do not receive treatment. If you or someone you know is struggling with a drinking problem, there are many recovery options available. Contact one of our treatment specialists to get started on your treatment plan today.

The physical and psychological effects of being in the military can last a lifetime. Among the most common effects that active and former military experience is post-traumatic stress disorder (PTSD), a severe anxiety condition that is often the result of a traumatic event. In the case of soldiers, PTSD generally occurs as a result of the events witnessed during combat such as explosions, gunfire and grave injuries. While the symptoms of PTSD may surface shortly after a traumatic event occurs, the disorder can take years to properly diagnose.

Several symptoms of PTSD are:

Alcohol is often consumed to mask the triggers of trauma or forget terrifying incidents. However, frequent binge drinking can rewire the brain, building up a person’s tolerance and increasing their alcohol dependence over time.

The consumption of alcohol can also affect a veteran’s PTSD. Not only can it prolong PTSD symptoms, but it can also intensify them as well. Since alcohol is a depressant, drinking can exacerbate some PTSD symptoms such as anxiety, depression and insomnia.

When alcohol enters the body, it lowers your serotonin and norepinephrine levels. Serotonin is a chemical that affects your mood, appetite, sleep and memory. Norepinephrine is a stress hormone that controls how the body reacts to different situations and events. Low levels of both serotonin and norepinephrine have been linked to depression. In veterans who suffer from mental health conditions, excessive drinking can make situations seem worse than they are. This can lead to an increased risk of self-harm or suicide.

Seeking professional help from an alcohol treatment center is the safest and most effective way to overcome a drinking problem. Alcohol counselors are able to work with veterans on a one-on-one basis to identify any signs of PTSD. They can also provide them with with tools necessary for preventing future triggers. 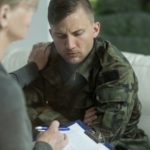 About 25 percent of soldiers who served in Iraq and Afghanistan were diagnosed with PTSD, depression, anxiety or chemical dependency after returning home. 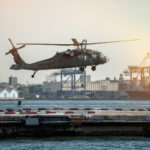 Almost 30 percent of Vietnam veterans have been diagnosed with PTSD at some point in their lives. Between 11 and 20 percent of those who fought in Operations Iraqi Freedom and Enduring Freedom suffer from PTSD in a given year. 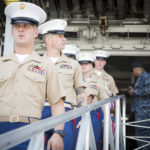 The Impact of Heavy Drinking on Veterans

Alcohol use can have a tremendous impact on both active duty and retired military. Not only do dangerous drinking patterns impact the individual, but they can also affect family members and friends. Over time, alcoholism takes a toll on an individual’s personal life, professional goals, health and emotional well-being.

Sadly, far too few veterans get the help they deserve. Around half of the men and women who return home from deployments are in need of treatment for mental health conditions; however, only about 50 percent of those actually seek treatment.

While some veterans may try to self-treat their condition, others tend to hide their alcoholism from family and friends. Seemingly harmless habits, such as drinking socially, can quickly escalate into a full-blown dependence on alcohol. When underlying mental health conditions, such as PTSD are present, the risks are even higher. Some risks associated with alcohol abuse among the veteran population include homelessness, depression and challenges at home or in the workplace.

Roughly 40,000 former soldiers are homeless. Between 2010 and 2016, there was a 47 percent drop in the number of homeless veterans living in the United States. However, those who were unable to find shelter are left trying to find refuge on the streets. Many are jobless, lack health insurance and go without food for weeks or months at a time. This can lead to a sense of hopelessness or depression.

The high number of veteran homelessness is influenced by a number of variables. Some of these factors include insufficient government aid, lack of affordable housing, low wages and inadequate access to health care. In addition, mental health conditions such as depression, anxiety and PTSD can make finding a job difficult.

Self-harm or Suicide Among Veterans

Following a medical discharge or retirement from the military, veterans are monitored for any signs of self-harm or suicide attempts. Those who had multiple deployments or faced life-threatening circumstances have the greatest risk of inflicting harm on themselves or others. This is usually related to mental health conditions that arise during and after service, including depression, anxiety and PTSD.

Using alcohol as a mechanism to heal feelings of sadness or helplessness is an extremely dangerous path to follow. With each drink that’s consumed, a veteran’s emotions can begin to spiral out of control and lead to self-injury. Nearly 22 veterans commit suicide every day.

Frequent moved and long deployments can put relationships with loved ones to the test. After returning home, a veteran may use alcohol as an outlet to deal with the hardships they experienced while in the service. However, when drinking becomes a crutch, the negative consequences affect more than just the person suffering from alcoholism.

Alcohol use can affect veterans of any age, gender or military ranking. However, just because someone has a drinking problem doesn’t make them a bad person. There are many times when a veteran realizes they need help and approach loved ones for guidance and support.

Several signs of dangerous drinking behaviors in veterans are:

If you notice any of these warning signs, it’s important to get help immediately. Sometimes this may involve family or friends staging an intervention to talk about their concerns and possible treatment options. With time and hard work, a veteran can overcome alcoholism and prevent future triggers from arising. Find alcoholism resources now that will provide you with the necessary tools for getting and staying sober.

Treatment Options for Alcoholism in Veterans

Men and women who serve in the armed forces encounter extremely stressful and traumatic events every day. With millions in need of assistance, local, state and national officials remain focused on the availability and affordability of alcohol recovery programs for veterans. This includes specialized treatment facilities that are able to recognize and help prevent alcohol abuse among service members.

Veteran-specific programs are designed to prevent dangerous drinking patterns, as well as identify and treat co-occurring disorders. Treatment programs usually involve a combination of individual therapy, family counseling sessions, medication-assisted treatments and cognitive behavioral therapy. With the help of an alcohol treatment specialist, veterans suffering from alcoholism will be able to set realistic goals for their recovery.

Every veteran’s recovery is different and should be taken at an individual pace. As symptoms gradually improve, the ability to overcome impulses and triggers will become easier to manage on your own. However, a dependence on alcohol doesn’t disappear at the completion of rehab. In order to maintain long-term sobriety, veterans are encouraged to continue counseling and partake in support groups like Alcoholics Anonymous and Al-Anon. It’s also beneficial that veterans in recovery have a support system in place to help provide motivation in times of need.

Choosing to seek treatment for alcoholism is a life-changing decision and should not be taken lightly. Getting help for a drinking problem is an investment in yourself and a better future.

Learn about the benefits of veteran-specific programs by reaching out to a treatment specialist today.