The Dangers of College Alcoholism

College Alcoholism affects millions of students every year. The college years are some of the most popular times to experiment with alcohol. Roughly 80 percent of college students – four out of every five – consume alcohol to some degree. It’s estimated that 50 percent of those students engage in binge drinking, which involves consuming too much alcohol in too little time.

Many young adults admit to drinking alcohol even before they enter college. After graduating high school and moving out on their own, college students want to experience their newfound freedom and independence. The availability of alcohol at sporting events and social activities is often tempting to students. What may start out as one drink can quickly turn into two, three or more. Drinking week after week causes the body to start building a tolerance to alcohol. This means it will require you to drink more in order to get the same high.

Frequent heavy drinking greatly increases your chance of developing an alcohol use disorder (AUD), which can cause serious physical and emotional damage. While some side effects are temporary and go away within a matter of days, others can affect you for years to come. That’s why it’s crucial to seek help at the first warning sign of a drinking problem. The specialists at an alcohol treatment center are able to provide top-notch care and assistance for those who have quit drinking. Contact a treatment expert to find out more about rehab facilities that focus on alcohol recovery near you.

A large percentage of college students consume alcohol by binge drinking. Binge drinking is defined as when a person consumes an excessive amount of alcohol in a short timeframe. For men, binge drinking involves drinking five or more alcoholic beverages in two hours. On the other hand, binge drinking for women is considered four or more drinks within a two-hour time period.

The high-risk period of binge drinking for college students is during the first six weeks of their freshman year. Many of these students fall into peer pressure and begin drinking soon after the first day of classes. Alcohol use is commonly viewed as the “college experience” that students desire. They want to fit in and make new friends, so they keep drinking without thinking about the potential consequences involved.

Within the last couple of decades, college students have started consuming more hard liquor than beer. Rather than drinking to socialize, an increasing number of young adults are drinking to get drunk. Since liquor has one of the highest alcohol percentages by volume, it takes fewer drinks to feel its effects. The end goal for some is to drink as much as possible or black out. These outcomes are extremely dangerous and can possibly lead to life-threatening effects, such as alcohol poisoning.

Consequences of Heavy Drinking in College

Nearly every college student has been impacted by alcohol use during their academic career – even if they have never drank themselves. For instance, a person can witness a friend’s drinking pattern worsening over time, gradually taking over their life. Heavy drinking affects more than just an individual; it can destroy anything in its path, including friendships and relationships.

Alcohol-related problems begin to arise when an individual drinks excessively and puts their health – and the health of others – at risk. Several consequences associated with heavy drinking in college are:

Excessive alcohol consumption can take a toll on a student’s academics. Drinking may even become a priority over attending classes, completing homework and studying for exams. An estimated one in every four college students admit to having poor grades or other academic problems because of their drinking behavior.

A lack of effort in school can make a difference in whether a student passes or fails a class. It can cost thousands of dollars to retake a course or change majors due to bad grades. In addition, failing classes will push back a student’s graduation, taking more time and money to complete the degree program.

Drinking can increase a person’s risk of injury, ranging from minor cuts to broken bones or concussions. The higher someone’s blood alcohol content (BAC) level, the greater the chance of getting injured. Each year, close to 600,000 college students unintentionally injure themselves due to heavy drinking. Injuries can involve bruising, fractures, muscle sprains and other similar issues.

For those who struggle with depression or anxiety, alcohol consumption can cause life-threatening effects. Students who face extreme mental instabilities are most at risk of attempting to commit suicide or other acts of self-harm. Alcohol can significantly alter a person’s mind, which can make them act irrationally.

Becoming a Victim of Assault

Alcohol is known to lower a person’s inhibitions and therefore, makes them more vulnerable to physical or sexual assault. Close to 700,000 students between the ages of 18 and 24 are assaulted by a student who had been drinking prior to the offense.

Another serious crime linked closely to alcohol use is sexual assault. All too often, perpetrators prey on victims who have been drinking. Victims are sometimes too incoherent to fight back or pass out before knowing what happened. Sexual assault can have a lasting effect on someone emotionally and physically, including getting a sexually transmitted disease (STD), having an unwanted pregnancy, or causing lasting psychological damage.

When someone is under the influence of alcohol, their actions may be entirely different from how they would normally behave. This involves committing a crime, no matter how minor it may be, that a person wouldn’t have committed if they were sober. Highly intoxicated college students usually partake in vandalism, property damage, driving under the influence and other criminal activities.

Sometimes though, alcohol-related crimes can be extremely serious and put other people in danger. Harmful criminal activities involve battery, kidnapping and homicide. College students who commit crimes while intoxicated can face legal punishments such as fines, probation, suspended license and jail time.

The effects of heavy drinking do not always happen immediately. It may take months or even years for some effects to occur. Nearly 150,000 college students develop some type of alcohol-related health problem every year. This may include liver damage, high blood pressure, inflammation of the pancreas and other health complications.

College students who participate in frequent drinking activities are also more likely to develop a dependency on alcohol later in life. Although alcoholism typically results from years of drinking, it can also happen during periods of heavy and frequent drinking during college. Bad drinking habits in college can evolve into other issues, like alcoholism, in the future. 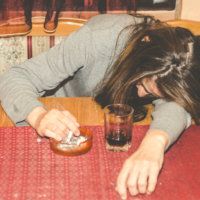 Roughly 20 percent of college students meet the criteria for having an alcohol use disorder (AUD). 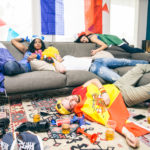 Close to 60 percent of college students between the ages of 18 and 22 admitted to drinking in the past month. Of those, nearly two in every three engaged in binge drinking. 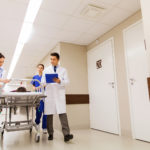 A little less than 2,000 college students ranging from 18 to 24 years old die from unintentional, alcohol-related injuries each year.

There are many safe and effective ways to treat a college student’s drinking problems. More rehab facilities are introducing treatment programs tailored specifically to the needs of young adults.

Speak with a treatment specialist today, and get started on your recovery plan.